If you’ve heard the term ‘NFT’ thrown around a lot lately, chances are you’re wondering what the heck it means and why everyone from the crypto crowd to content creators and art collectors are getting so excited about it. Don’t worry, you’re not the only one who’s confused. Keep scrolling to get the answer to the question that’s got non-techies (and even some seasoned techies) scratching their heads.

What does NFT mean?

Let’s start with the basics. NFT is short for non-fungible token, which refers to a unique digital asset stored within a digital ledger known as a blockchain. When a new NFT is created, a smart contract providing authenticity and proof of ownership is automatically executed by the blockchain. No two NFTs are the same, meaning they can’t be traded like for like, so being able to verify their uniqueness is pretty important. In fact, it’s this very uniqueness that makes non-fungible tokens highly collectible and, in some cases, extremely profitable. Just wait until you read how much the world’s most expensive NFT sold for a little later on.

Anyone can create an NFT, and anything digital can be turned into an NFT — including art, music, videos, tweets, GIFs and much more. And when we say anyone can create an NFT, we mean anyone. William Shatner (yes, that William Shatner) recently got into the blockchain business by creating and selling NFT trading cards, which have so far featured images of everything from Shatner embracing his fellow Star Trek actor Leonard Nimoy (aka Spock) to pictures of his early acting headshots and, er, dental X-rays. It’s worth noting, though, that if you want to make an NFT of someone else’s work, you must get permission from the original creator first. 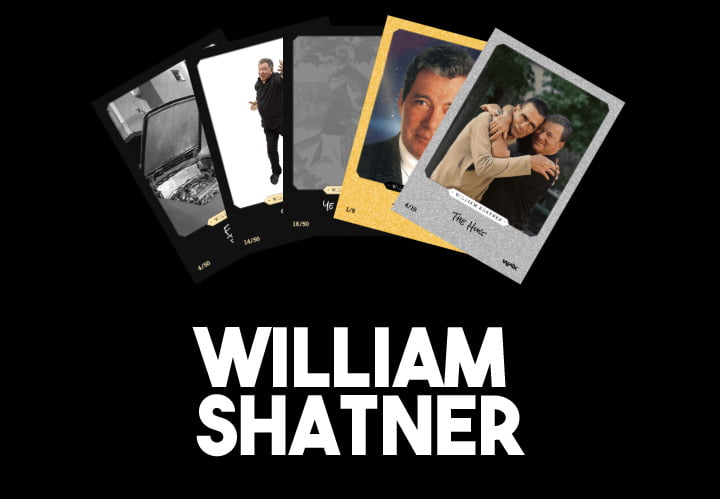 There are lots of different types of digital assets that work well as NFTs, but the biggest buzz in the NFT world right now is most definitely around converting digital art into sellable NFTs. Fuelling a boom in the digital art space, NFT art sales hit an estimated $3.5bn between the months of January and September this year — and those figures show no signs of slowing. Case in point: American digital artist Mike Winkelmann (aka Beeple) saw his NFT artwork, Everydays: the first 5000 days, sell at auction for a record-breaking $69.3mn back in March. The digital artwork was bought by crypto investor Vignesh Sundaresan (aka MetaKovan), who said that he saw the investment as an “opportunity to be part of this very important shift in how art has been perceived for centuries”.

In answer to the burning question, ‘What does NFT mean?’, it can literally be defined as a non-fungible (one of a kind) token (digital asset). Unlike fungible tokens, such as money, non-fungible tokens are uniquely different and can’t be swapped in the same way that you can swap one dollar for another dollar and not feel shortchanged.

Thinking about creating or buying your own NFT? Sign up for a free Prodigi account to print your digital artwork into a physical piece of art that you can display at home, or contact our sales team to find out how to sell and dropship physical NFT art around the world at speed via our global print network. Try your NFT artwork out on a wide range of our print on demand products before you print with our free mockup generator tool.