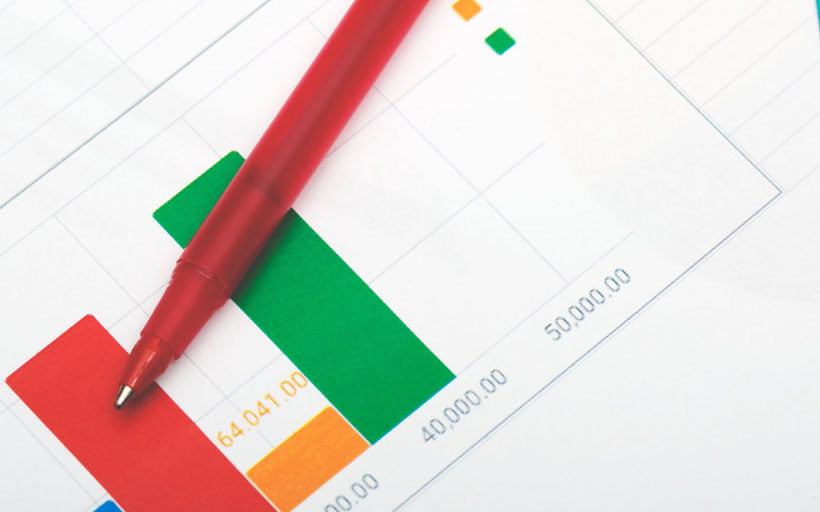 85% of people say they've bought an item of custom branded merchandise at some point.

(And, of those who haven't, 43% told us they'd consider buying merchandise if (their favourite brands, influencers or organisations started to offer it…)

What do they buy?

73% have bought or worn a hoodie or sweatshirt.

Why do people buy merch?

Vanity is the most common response! 73% of custom merch customers said they bought an item of merchandise simply because it looked cool.

A further 57% said they bought merchandise to publicly showcase or demonstrate a particular interest.

36% said they wanted to financially support a particular brand or artist.

And 29% said they felt like it made them part of a movement or family.

Where do they buy it?

52% of people say they've only ever bought 'officially licensed' custom merchandise direct from the brand or influencer.

…but that means that 48% have bought unofficial merchandise at some point. A …missed opportunity for brands and influencers! 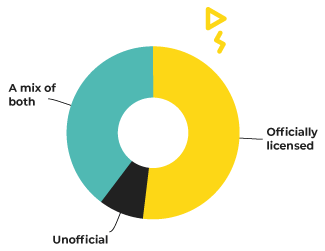 How do they find it?

Social reigns supreme, with around 48% saying they most commonly discover merchandise through a social media channel.

19% cite search engines as their discovery channel of choice.

7% most commonly find out about new merchandise products by email, while 4% rely on third-party websites like RedBubble and Society6. 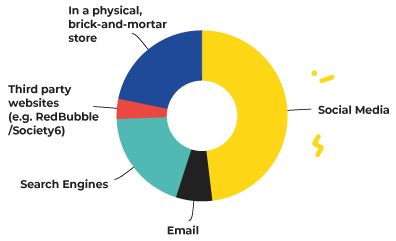 How does it make them feel?

58% said it gave them a sense of satisfaction to know they were supporting their favourite brand or influencer.

Around 50% say that wearing merchandise makes us feel closer to the individual or brand we're supporting.

32% say it helps us feel part of a movement or community.

And 42% said that people noticed and/or commented on the merchandise.

While 42% of customers say that the quality of the garment is the most important thing, they're outnumbered by the 45% who believe it's the creativity and design that matters most.

A further 10% consider price to be the most important factor, while 3% value great service and quick delivery highest.

Choosing the right print supplier and putting in time and effort to have great designs makes good sense then! 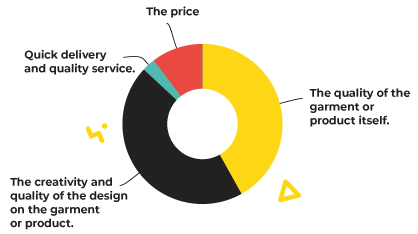 A whopping 89% of consumers say they'd like to see MORE merchandise from their favourite brands and influencers. 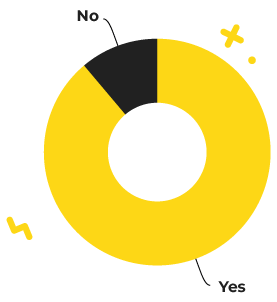